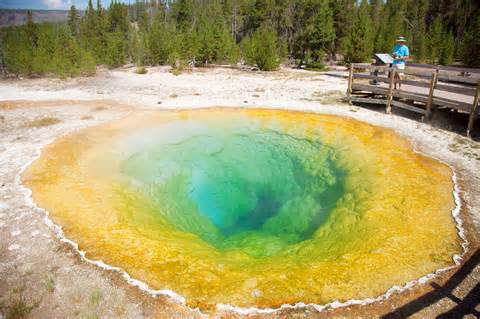 When our kids were young we were able to take a month and visit most of our country’s major national parks. We traveled to Mount Rushmore through the Black Hills to Yellowstone and the Grand Tetons, up to Montana and down through the Redwoods and the Sequoias. Ending our trip, we visited the Grand Canyon and Carlsbad Cavern. It was all exciting and very interesting.

Yellowstone was fascinating with Old Faithful and other geysers soaring high. 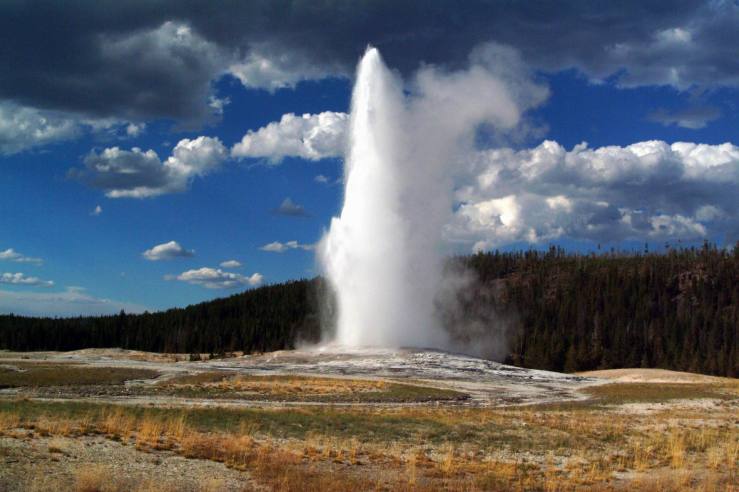 The numerous hot springs had colorful mineral deposits glowing in their depths. 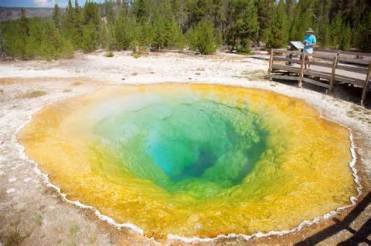 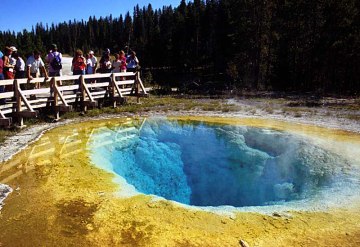 We enjoyed the woodland and the many vast roaming herds of bison and antelope that live there.

Little did I know, we were walking and driving on an active volcano. Yes, Yellowstone is an active supervolcano! AND it has erupted! Of course, as you may have guessed. that was ages ago.

But scientists say it is still possible today and may even be overdue. There are two massive chambers of magma miles below Yellowstone. (Magma is what lava is called while it’s still underground.) One chamber was measured in 2013 to be fifty miles by twelve miles. The second, underneath this one, was found later. The heat and pressure, geothermal activity, from these chambers are the reasons for the superheated geysers and springs. If that pressure were to build up, an explosion, much worse than Mount Saint Helen, would devastate several states.

Scientist believe we would have ample warning if this was about to take place. For which we are all so very thankful. So, if you get the opportunity to visit, I highly recommend going to Yellowstone. Enjoy the amazement of walking on top of an active volcano.