Did Noah really gather the animals two by two? We learned this in Sunday School. But sometimes things in Sunday School have been simplified for children. Noah didn’t board two of every animal. The clean (acceptable for eating) Noah brought seven, the unclean (not acceptable for eating) he brought two. But was it seven, male and female mixed or seven pairs, which would make it fourteen. Also was it two, male and female or two pairs. This is the way my Bible reads in Genesis 7:2,3. This is New American Standard version.

I’m starting to lean to the 7 pairs and 2 pairs. What do you think? Grab your favorite version of the Bible, and read Genesis 7:2,3, then let me know. 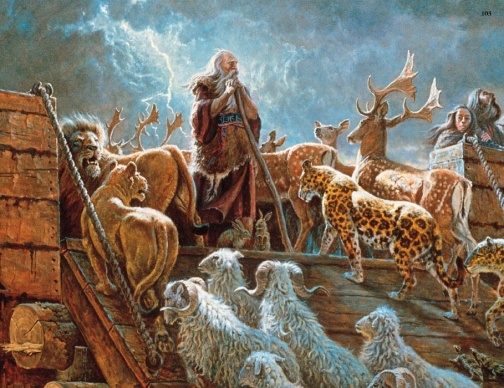 3 thoughts on “Did Noah Really Save Two Of Every Animal?”